34
Two days ago I took the train to Cologne. It was a grey & rainy day, the railway stations were crowded and most trains were at least slightly delayed due to snowfall in the north of the country. I am not here to talk about the weather, though ( that's a pretty daunting topic for everyone living in Central Europe). I am here to talk about something I witnessed at a railway station & how it inspired me. When the train pulled into the station of 'Mühlheim' (don't worry if you have never heard about it), I was sitting at the window watching the people on the platform, most of them were clearly happy to see that their train was on time. When the doors of the train opened people were rushing outside, eager to get home. Suddenly a man caught my eye: he was carrying a white cane and he was running up the stairs and sprinting towards the train trying to catch it at the last minute. Having done the same thing at least a hundred times I kept my fingers crossed that he would manage to get on the train before its departure. You are probably thinking - how did that possibly inspire me? Well, what happened then did. A teenager - about the same age as me I would say - saw him and even though he was already making his way towards the exit, he turned around and starting running towards the train as well, trying to open the door for the visually impaired man. In the end the man managed to reach the train first and opened the door himself so the teenage boy turned around and continued walking towards the exit, as if nothing had happened. And even though his help wasn't needed in the end, his actions did not go unnoticed. In fact, they changed my day to the better and hopefully made the day of anyone who was watching. 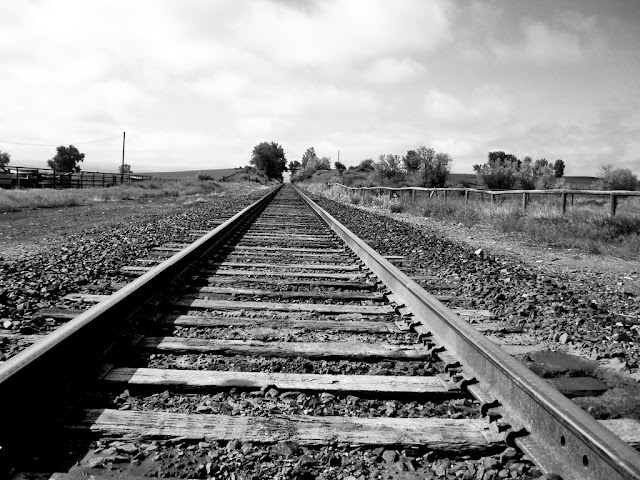 When you turn on the TV to have a look at the news, it sometimes seems like humanity is lost in this world. We hear about war, about terror, about prices going up but we hardly hear about acts of love and humanity and after listening to the news I often feel resigned, like we are living in a world full of negativity. But actually, love & humanity are all around and the scene I witness at the railway station was a reminder of that. The movie 'Love Actually' sums it up pretty well : 'Whenever I get gloomy with the state of the world, I think about the arrivals gate at Heathrow Airport. General opinion's starting to make out that we live in a world of hatred and greed, but I don't see that. It seems to me that love is everywhere.' I love that quote and the thing is that you don't even have to go to the airport to witness acts of love, you just have to open your eyes and look around you and you will see it everywhere. The scene on the train made me realise how important it is to believe in humanity, to be aware of love and to spread it yourself. Just like they say in 'Love Actually' love is not always newsworthy, but it still has a huge impact. The teenager did not actually help the man reach the train, he did not get thanked for his actions but what he did still made a difference, it brightened my day and it inspired me to write this post & to start seeing the world in a different light. So what I'm trying to say is that your actions are more important than you might assume, so we should all try and spread love and positivity in this world.

If you are looking for love in this world, you will find it. After the train left the station I looked around with a smile on my face and I watched a mother carry her baby through the train. Whoever she passed looked at the baby with a fond smile on their face and that made me wonder why people smile at babies yet not at others. Because in the end a smile makes everyone happy and it's not like our wish to be loved and to encounter happiness changes throughout the years. I smiled at an older lady who was sitting opposite of me and she returned her smile immediately. Bringing happiness into this world is such a simple thing with such powerful consequences. And you can do it wherever you are, whatever you're doing. Another scene I remember is standing in line for a coffee and a woman came from the side clearly jumping the queue which annoyed me a lot - the boy who had just gotten his coffee turned around and we both looked at each other, united in disapproval of the rude woman, and suddenly bursted out laughing. My had been a tough one so far and just this moment - which otherwise would have worsened my mood - made my day. Sometimes it's great to be the bigger person and see the world with humour. Just as it's great to bring positivity into this world & be kind to one another. You never know how much your actions might mean to someone. If you are one of these people, who is trying their best to make the world a better place by spreading love, I greatly appreciate you.